"You always get those people trying to manipulate your songs!"


Your band name Lime Cordiale comes from your lastname Leimbach, is that right? What other names did you had  in mind?
Lime Cordiale: Well we never put together a list of band names and sat down to dicuss the best options. The band name came to us and so we went with it. We didn’t have a plan for anything to do with the band at the start. We just started writing songs and then playing a few small shows without knowing what we were doing. It’s nice knowing that we learnt along the way. I’m not sure if we started a band now it would be any good at all. We’d probably overthink the whole thing.

What does your songwriting process look like?
It’s a push-pull between Louis and myself. We write something individually, bring that to the table and then start workshopping it together. We’ve both got our own tastes and I think the songs are really are a combination of those. At home we’ll write with guitars and pianos but on tour we have our laptops. It means we can keep working on planes and in hotel rooms and keep polishing.

You  recently released your video to your new song  "Inappropriate Behaviour", which is pretty funny. Who came up with the concept?
Does that mean new music is on its way?! :) When can fans expect a new album?
Yep, we’re in the final stages of our 2nd album. Really can’t wait to get that out there! The song "Inappropriate Behaviour" is about something quite different to the music video. But the main concept comes from the fact that it’s about a “manipulator”. You always get those people trying to manipulate your songs and recordings, giving stupid input here or there, and it’s always so hard to reject what they’re saying. The 10 year old kid in this music video has really got a hold on us which shows how vulnerable we can be.

You released your debut album in 2017. What is  the story behind album title?
The first album was our escape from societal pressures. The message behind it was that you can do your own thing and really don’t have to give a fuck what people tell you to do. You don’t have to get a shit job, you don’t have to get married or act like an asshole in peak hour traffic. The album we’re currently working on still holds strong to this message but is also pretty critical on those that do nothing at all! You can do what you want… but don’t be a waste of space on this planet. Make a positive mark when you go.

Which bands and artists influenced you during the writing process?
We normally pull up Spotify all the time, trying to get this horn sound or that snare sound etc etc… For this album we tried to visualise the sound that we wanted. We tried, anyway. Every now and then, blasting a track that you’re loving can really re-vamp your creative enthusiasm. We’ve been listening to a lot of Australian artists; I Know Leopard, Young Monks, Winston Surfshirt, The Tesky Brothers...

In retrospect is there anything you would like to change about it?
No way! If we were doing our first album now, we’d do it differently… and maybe that’s what our new album is. I love listening back into our old headspace. I even love the really early music of ours. It’s weird and stupid. But we were having a great time.

Can you talk a bit about your album and EP artwork? I think it looks pretty cool…
Louis does all the art for us. Records, posters, merchandise. His medium is lino-cutting, which takes ages to finish. On the release of an album, we often have a tour poster and a bunch of merchandise for him to do too. He sits at his desk for days and nights on end going crazy. His room becomes a one person sweat-shop. But it’s bloody worth it.

What can fans expect from your first headline show in Vienna?
This is our first show in EUROPE! So we are going to be having an absolute ball.

Anything you would like to add for the readers of fm5?
Hope to see you at the show. Can’t wait to be playing small venues and meet everyone that comes! 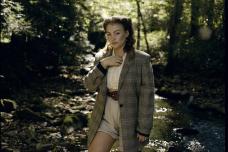 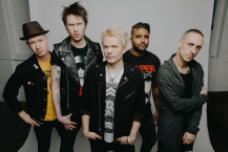 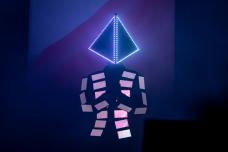