Mayday Parade - What It Means To Fall Apart

If you were into emo or pop punk music in the late noughties and early 2010s you probably added their songs to at least one of your treasured playlists. Even when navigating through the big pop punk/emo lists on spotify, you come across their undeniably biggest songs of their career: the nostalgic pop punk anthem “Jamie All Over” and the heart wrenching emo ballad “Miserable At Best” both from their 2007 debut album “A Lesson In Romantics”, but that’s clearly not all they have to offer.

Since forming in 2005, with 7 albums under their belt, they’ve proven time and time again that they rightfully earned their place in emo and pop punk. They paved the way for many more bands to come.

The recently released 7th album “What It Means To Fall Apart” has Mayday Parade return to some of their emo roots, collaborating once again with Kenneth Mount and Zack Odom who also were the producers of most of their past releases (e.g. A Lesson In Romantics, Sunnyland, Mayday Parade).

The album starts off with a wonderfully nostalgic and emotional pop punk track, “Kids Of Summer”, recalling those long gone summer days at Warped Tour and just missing live music in general. Carefree days that make us feel alive - like we have the world at our fingertips. Followed by “Golden Days” whose second line “Heaven knows this year’s been awful” definitely caught my attention enough to have it replay in my brain over and over. After what has felt like a very long one and a half years of uncertainty, anxiety and negativity taking over my head, this song makes me feel heard and hopeful that someday soon better days lie ahead. I’m fairly certain other people feel the same way.

“Think of You” takes it down a notch. This acoustic number focuses on compassion and reassures that no one has to feel alone even in times where everything feels heavy. After the little breather, the fast paced “If My Ghosts Don’t Play I Don’t Play” draws you in with a darker, heavier sound and a sick guitar solo.

The next part of the record with songs like “One For The Rocks, One For The Scary '' and “Bad At Love” and “Angels Die Too” are proof that Mayday Parade does melancholy really well. The only song that slightly felt out of place for me when listening through the whole album was “Heaven” with its LoFi beat, seeing as most of the record is a mix of pop punk, emo and acoustic ballads. The song would be a little bit stronger on its own.

The album is closed with the tracks “You Not Me”, a song about feeling lost and burnt out in a relationship and “I Can’t Do This Anymore” which is a solid closer for the album, a slower paced song with a strong build up towards the end which makes my heart jump.

In conclusion, “What It Means To Fall Apart” is a beautiful collection of songs and quite the emotional rollercoaster, much like the human experience. Even after all those years Mayday Parade still draws the listener in and leaves them wanting more, proving further that they are a force within the pop punk and emo scene that wouldn’t be quite the same without them.

I was wondering, if after all these years you'd like to meet. 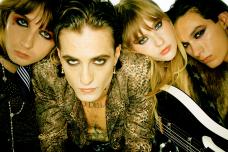 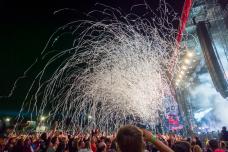 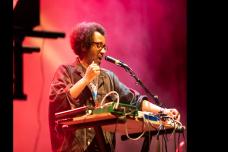 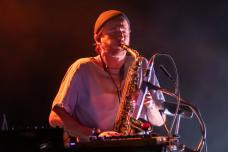 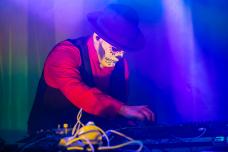