fm5: As 2017 is almost over, let’s look back a little bit. For VISTA it’s been a big year, you released an EP, went on a few tours across the US and even got to play Irving Plaza in New York as opening band for the NY-based trio Against The Current. What was your favourite memory?

Greg: There was honestly so much to take in this year. I think playing Irving/a few shows of the Long Live tour were some of my favorites, just cause the weather was great. I also loved those moments when me and Hope made some breakthroughs in writing and got stuff to sound awesome.

Hope: Gah, I’m not sure. Everything we got to do this year was special in it’s own way. We got to do things on such opposite ends of the spectrum. I really loved getting to play on the Irving Plaza stage, and I loved the Long Live Tour, too. Being featured on the Alternative Press site for the first time was also pretty awesome.

You released your sophomore EP Long Live in summer, which is stacked with songs about forming an allegiance against injustice and trying to find an oasis in a dystopian society. Musically, it gives the listener the feeling of being in an apocalyptic world. What inspired these songs? Did the fans’ reactions surprise you?

Hope: Everything that was going on around the world inspired the concept of Long Live. There was a lot going on when we were writing “Henchmen,” especially with the aftermath of the election. So many people were fired up, and it fired both of us up in a creative way.

Greg: The fans reactions didn’t surprise me, they just made me really happy because I think we conveyed what we wanted to convey, and that is a success to me.

Which bands/artists influenced you during the writing process?

Hope: I was more influenced by current events than anything else. Looking at the world around really inspired the lyrics for this record and made me think how we could reflect the record’s concept through sound.

Greg: I’m not sure cause there’s a whole mix of things that me and Hope like. We generally just try to talk about a vibe, certain sounds for certain parts, and go from there.

Hope: It’s been different every time. Sometimes I’ll have an idea first, sometimes Greg will. It’s never been a linear process.

Greg: Yeah! That’s what’s cool about it. Inspiration can come from many forms and people. Running with it is the harder part sometimes.

Were you anxious before releasing your music to the world?

Hope: Yes and no. I personally felt confident in the work for the first time ever, so I was excited for others to hear what we’d been working on all year. There definitely is always a little bit of excited anxiousness before any type of release, but this time around I was more excited than anxious.

Greg: Yeah, I would agree with that for sure. There’s definitely a level of “damn I don’t know if anyone will like this” whenever you’re releasing stuff. But at the end of the day we honestly just like making music we feel confident in, music that allows us to be ourselves.

How would you describe the band in just a few words for our readers who haven’t heard about VISTA yet?

Is there anything you want to tell the fm5 readers?

Hope: Thanks for opening up your ears to VISTA! See you in 2018.

Greg: Thank you for reading. Check out “Long Live” if you haven’t already!

Thank you for taking your time for answering these questions.
Have a great 2018! 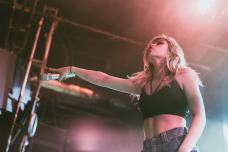 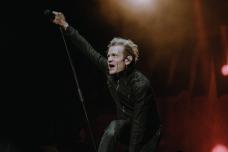